In 2022, the ISSC will be held in Sestriere and Sansicario, Italy! 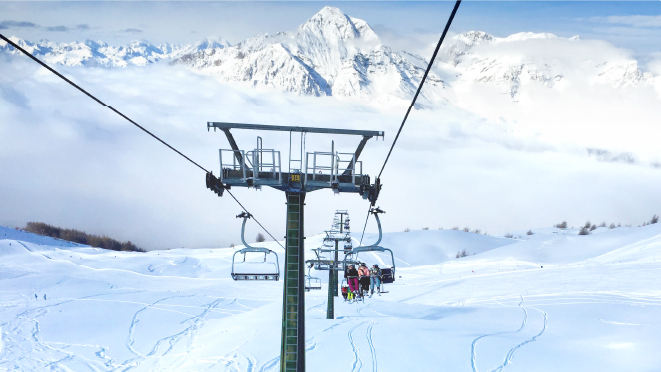 Sestriere sits at the heart of the Milky Way (Via Lattea in Italian) – one of Europe’s biggest ski areas. The highest resort in the area, Sestriere regularly hosts FIS Alpine Ski World Cup events and was one of the Olympic villages for the 2006 Turin Winter Olympics.

From Sestriere, you’ll have access to 400km of skiable pistes, including Sansicario Fraiteve, where the ISSC races will be held. In 2006, this run hosted the Olympic women’s alpine skiing downhill, super-G and combined races. The ski racing heritage here and the opportunity to tackle such a famous course will inspire your racers and leave them with an even greater passion for their sport. 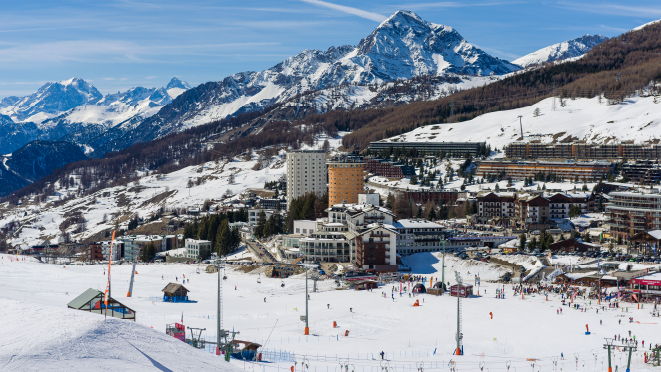 Sestriere was one of the first purpose-built ski resorts in Italy. The two iconic towers that have become a symbol of the resort were built by FIAT founder Giovanni Agnelli in the 1930s, as a hotel to accommodate his workers from Turin on their holidays.

The resort underwent a huge makeover when it was selected as one of the venues for the 2006 Winter Olympics. The lift system and snowmaking capabilities were upgraded and facilities in the village itself were modernised so that Sestriere now boasts all the amenities that you could possibly need for a school ski trip.